Media artist Hong Gyoung-tae, the CEO of Design Silverfish, organizer of the virtual "Curious 12 Tales" exhibition, said he wanted to reflect Koreanness through digital art.
What they do is interpret the space and suggest the best way to display the proper concept. He wanted to fill the space with creatures, monsters and ghosts that often appear in Korean folk tales because they have their own sensibility and originality. What is the most Korean, what is the most global? He wondered how he could share with the audience what he has learned and bridge the real and virtual worlds. Divided into three sections ― "Mysterious tales that protect us," "Mysterious tales created by our imagination" and "Mysterious tales living with us" ― each section begins with digital screens that invite visitors to be fully immersed in the experience, making them feel as if they've been whisked away to a different world. 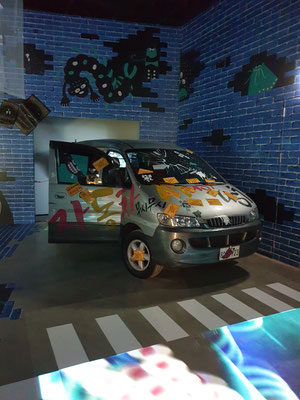 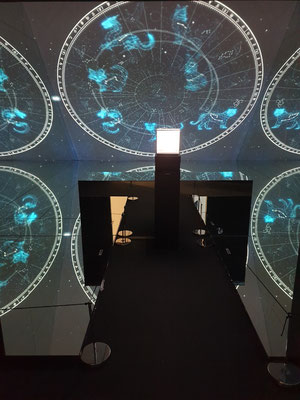 For many generations, people have drawn spirits and mythical creatures on wood and stone, wishing for blessings and good luck. The animal-like symbolic creatures that lay sleeping in palaces, temples, walls and roof tiles come to life through the virtual exhibit.
There are guardians and creatures that protect our health and well-being from evil spirits and safeguard our homes and villages. For instance, "sindo ullu," the two guardians of doors, are known to ward off bad energy. Zelkova trees, willow trees, hackberry trees and laurel trees are referred to as guardian trees that protect villages, while "japsang" (animal and mythical figurines) are believed to protect royal palaces. There are animals and creatures created by our imaginations, reflecting our curiosity, hopes or fears. The rabbit on the moon making rice cakes under a katsura tree has been regarded as a mystical being that brings a healthy, long life and blessings.
Visitors can follow a walkway filled with a wishing tree and mystical mist. It is where time and space seem ever-changing. 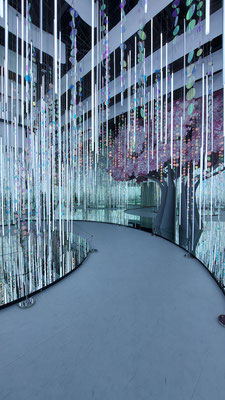 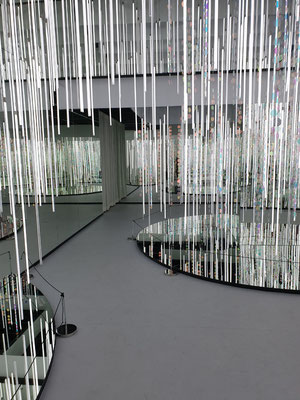 Then there is a holographic installation of the late 14th-century star chart, which is the oldest map of the constellations in existence, after one in China. It shows 28 different constellation arrangements depending on the moon's location.

Finally, some of the art carries stories of gods, monsters and ghosts that portray the joys, angers, sorrows and pleasures of life.
The "Letter of Summoning" rooms depict a virtual library, summoned into the present, as being a place where dragons, phoenixes, nine-tailed foxes and other legendary animals hide. Projection mapping and media mirror surfaces are used to create an infinite space that bridges the barriers between reality and fantasy. Household gods that keep the peace over our homes, imaginary animals of Korean mythology, including the "haechi" (a creature with a body resembling a lion), the "inmyeonjo" (a creature with a human face and a bird body), as well as frightening ghosts from folk tales, have existed in people's imaginations and have been reinterpreted over the centuries.

Objects in the virtual world convey more of a message than just their image. The media elements used in this place are not intended to serve the function of art. Instead, they are intended to bring us new experiences and new ways of thinking, making us realize that we are living amid new waves of change, Hong said.

A must go if you’re in Seoul!